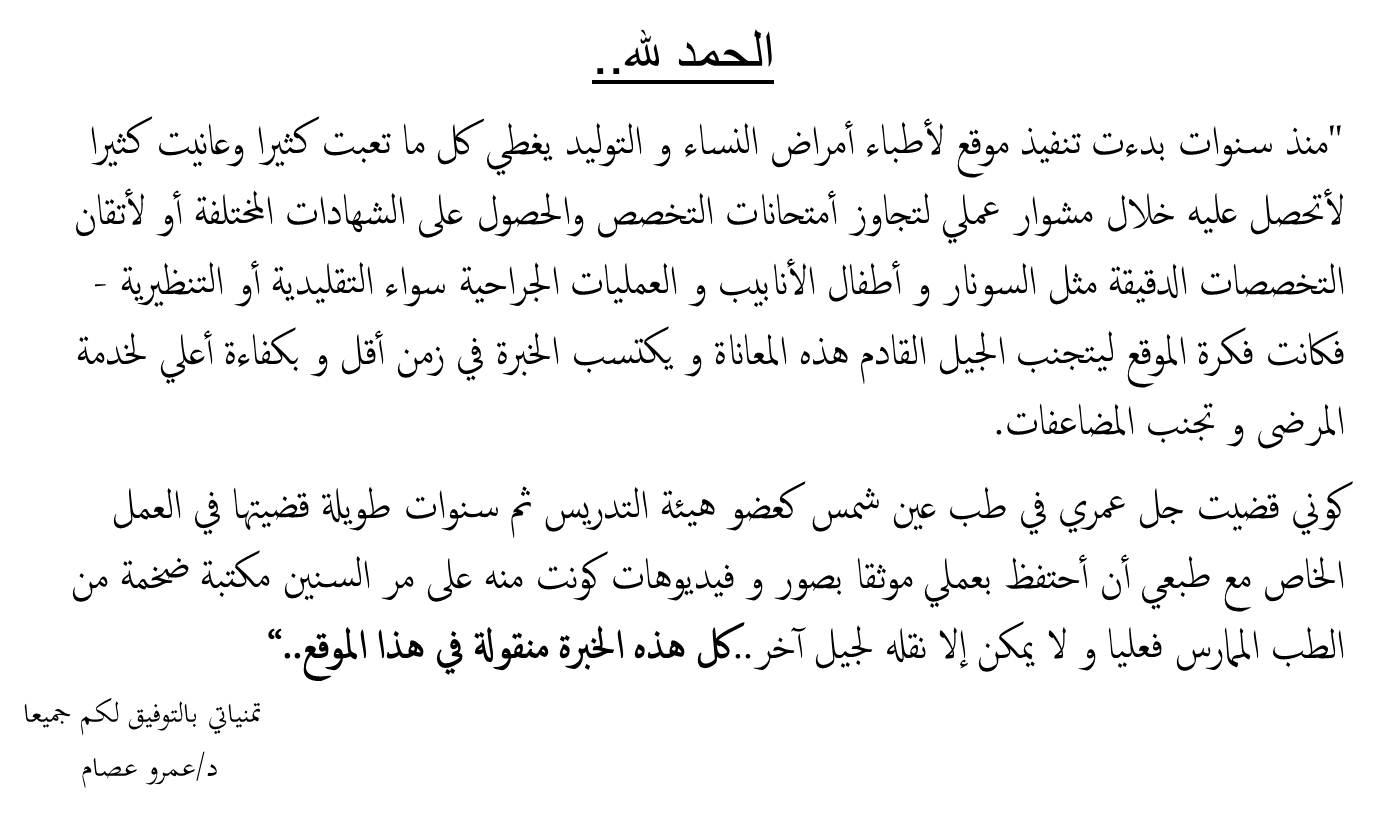 This website is moderated and maintained by Dr. Amr Essam.

- Graduate of Ainshams university in 1989 with excellence and honorary.

Editor, author and owner of